Working Up to Fame (Background)

In 1977, vocalist Joe Elliot and bass guitarist Rick Savage began to form the band that would become Def Leppard in Sheffield, England. They wanted to avoid working in factories and they felt that music was their ticket out of such a lifestyle. They initially started out as a band called Atomic Mass, with guitarists Pete Willis and Steve Clark and drummer Tony Kenning. However, Atomic Mass was soon abandoned, the band was renamed Def Leppard, and Kenning left the band. During the early live tours, the band’s temporary drummer was a man named Frank Noon, who was then replaced with Rick Allen.

The band eventually released their first album, On Through the Night, in 1980, which featured the hit singles “Rock Brigade” and “Wasted”. The debut was fairly successful and it got the attention of famed record producer Robert John “Mutt” Lange. Lange had previously worked on some acclaimed albums by AC/DC (most notably Highway to Hell and Back in Black). He helped produce Def Leppard’s second album, High ‘n’ Dry. During this time, though, Pete Willis’s drinking was becoming a major issue amongst his fellow band members and Lange.

During the recording of Def Leppard’s third album, Pyromania, Willis was fired. His rhythm guitar tracks were still featured on the album and he is still credited.

The band needed a new guitarist to replace Willis. They eventually hired Phil Collen, who had previously worked with the glam rock band Girl.

With Pyromania, Def Leppard were becoming a bigger name the New Wave of British Heavy Metal movement that was going on during the late 70s to early 80s. The album would go on to become both a critical and commercial success. The album spawned four hits singles; “Photograph”, “Foolin'”, “Too Late For Love” and “Rock of Ages”.

I Don’t Care If It Takes All Night, I’m Gonna Set This Town Alight! (Song-By-Song Review)

Rock! Rock! (Till You Drop) – The title says it all, really. The song is a fun, energetic and party-worthy rocker that has an intro that will certainly stick with you for quite some time. Plus, it helps establish the general tone of the album, like any good opening song should. Plus, live performances of this song only make it an even more incredible tune. (5/5)

Photograph – The lead single of the album. It has some incredibly catchy lyrics that can resonate with an adolescent crowd and make the song feel timeless. The instrumental composition is also extremely memorable and it gives the song an arena rock kind of sound. (5/5)

Stagefright – The song probably has some of best guitar work on the album next to “Die Hard the Hunter”. Steve Clark and Phil Collen’s guitar work gives the song a blistering sound and a fast pace. Joe Elliot’s screaming vocals only add to the incredible sound. My only real problem with the song is the brief live crowd audio in the intro. I get that it was intentional on the band’s part to include that, but I don’t think it was truly necessary (though it was pretty cool when Elliot screams “I said welcome to my show!”). (4/5)

Too Late For Love – The album’s fourth and final single. It’s the album’s first ballad song and is a much more slowly-paced one at that. The use of synthesizers in the beginning along with some guitar noodling sets up the song perfectly as Elliot’s calm vocals are heard. While this is not a bad song by any stretch of the imagination, I don’t think it’s among Def Leppard’s most memorable ballads. Songs like “Bringin’ On the Heartbreak” from High ‘n’ Dry and “Love Bites” from their later effort Hysteriacarry a much more memorable and distinctive sound to them. Again, it’s not a bad song, just not necessarily one of my choices for their best ballads. (3/5)

Die Hard the Hunter – Possibly my favorite song on the album (as well as the album’s longest track). It’s guitar work sounds complex, the usage of the futuristic war sounds and helicopter fly-by sounds is pretty clever, and the lyrics are strongly-written and sung. The whole song feels tight and perfectly-paced. (5/5)

Foolin’ – The second single of the album, as well as the second ballad song on the album. This is a much stronger ballad than “Too Late For Love”, since it sells the emotion and strength of it’s lyrics a lot better. The lyrics themselves are also much more memorable. It admittedly has some vibe of “Bringin’ On the Heartbreak”, but not in a way that makes you think they’re being unoriginal. Like “Photograph”, the instrumental composition gives the song an arena rock sound. In fact, if you hear live recordings of the song, this composition shows a lot more and it’s brilliant. (4.5/5)

Rock of Ages – The third single of the album. As soon as Elliot utters “Gunter Glieben Glauten Globen” and Rick Allen starts up the drums, you know you’re in for a fun and funky tune. The song has an addictive sense of catchiness in both the lyrics and the beat and you can’t help but jam out when the song is played. The song is basically pure rock and roll fun! (5/5)

Comin’ Under Fire – One of Def Leppard’s most underrated songs. In some regards, I feel this song could be “Foolin’, Part II” since the song conveys similar themes to “Foolin'”. I could criticize this similarity, but I don’t since the song is just as memorable as “Foolin'” and I feel the song deserves some more attention. It would nice to here this song performed live, since it hasn’t been done yet. (4/5)

Action! Not Words – This is a fairly catchy song in terms of the hook, but beyond that, I don’t really remember this song much. It’s not a terrible song, but it’s not one of Def Leppard’s strongest songs. This can be arguably the weakest song on the album. Still, the song does kind of make up for it’s near-forgetablility with a fairly catchy hook. (2.5/5)

Billy’s Got A Gun – The closing track of Pyromania. Much like “Comin’ Under Fire”, I feel this song is very underrated and needs more attention. The guitar work is pretty fun to listen to and the lyrics match the tone. The only downer about this track is that it has repetitive drum beat that has a sound that sounds like early forms of techno. On the compilation album Rock of Ages: The Definitive Collection, that part of the song is thankfully cut out. Despite this weird drum beat close-out, the song itself is a strong closing track for a great album. (4/5)

Everybody Wants a Piece of the Action! (General Overview)

Pyromania has been an incredible and influential classic for many reasons. It helped established what would become Def Leppard’s signature glam metal sound. It also helped gain Def Leppard a much wider fan base. And it showcases the level of effort that the band puts into all their songs, making each track feel like a radio-worthy single.

“Mutt” Lange’s production of the album, along with the band’s past effort High ‘n’ Dryand future effort Hysteria, is remarkable. The sound quality gives the album a blisteringly loud and fun tone.

The song writing/composition is very memorable and catchy. All of the songs give the album a natural and even-flowing sense of diversity, ranging from the hard rock party tunes (“Rock! Rock! (Till You Drop)”, “Stagefright”, and “Rock of Ages”) to the soft, emotional ballads (“Foolin'” and “Too Late For Love”).

Listening to this album, you can tell Def Leppard and “Mutt” Lange put their heart and souls into this album. Every song had been re-written and re-recorded until they felt they were perfect for months at a time. And with that heartache, it all paid off in the end. Pyromania was and still is an incredible junior album effort, and it would prove to be an amazing prelude to what would be arguably considered the band’s greatest effort to date, Hysteria, some four years later. 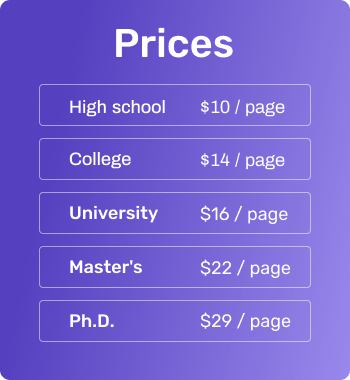