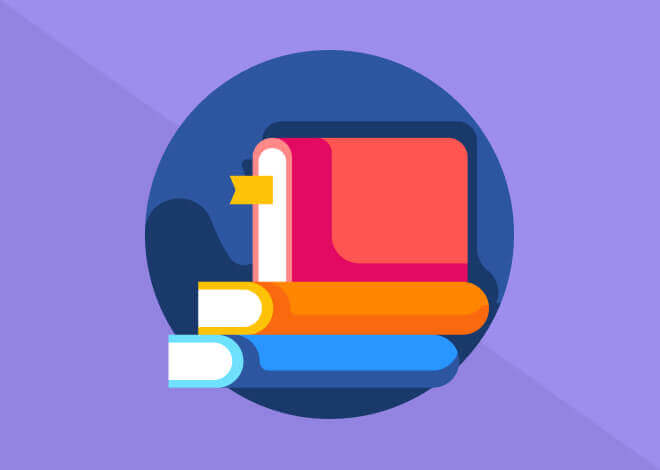 Social media is the Tsunami of the modern generation that has created a wave across all communication platforms. It is unimaginable for millennials to spend even a day without communication with their friends through social media. The importance of social media cannot be understated for it has assisted in communication between people from different races, generations, gender, and almost everyone around the globe. It has turned the world into a small global village and many people are subscribing to social media sites on a daily basis, be it Twitter, Facebook, Instagram, LinkedIn, WhatsApp, and many others.

It is in no doubt that the contemporary generation is that which glamorizes the Internet. Almost all aspects of our daily lives relate directly or indirectly to the Internet. People can do their online shopping from their homes by the click of a button through their social networking sites that allow for communication with online retail stores. Students can also share notes or educative videos and audio clips through social media platforms. Generally, social media influences nearly all aspects of life; hence, it is understandable that its impact should be recognized.The social media, by all accounts, is not a passing cloud as thought by many in the traditional mainstream media. In fact, nearly all conventional media houses have social media accounts in which they communicate with their audience. Thus, social media is most definitely here to stay. This article explores all that is there to social media including tips on how to write an impressive social media essay.

The social media is a communication path that helps to connect people in the day-to-day living. While it has been dismissed as something that will phase away with time, a properly written social media essay can rubbish such claims. However, before dwelling deeper, let us take a look at a working definition of a social media essay to have an angle for which
we can help you write papers that will earn you good grades.

What is Social Media Essay?

A successful essay is judged by the topic you pick. The art of choosing a topic should be skillfully thought to alleviate a situation in which you have a topic with insufficient available information to help you make your claim or argument. Here are a few tips on the way to make the best choice in terms of the topics to write on:

Inspiring topics to write an essay about social media effects

If you are at a loss on where to get examples of topics that will lead to a great social media essay, the list below can be supportive to you. It shows some of many available topics. Most of them can be found online.

The social media has its benefits and its drawbacks. In some cases, you may be called upon to write a social media essay where you present an argument on both advantages and disadvantages. The essay should take the basic form of any academic writing, that is, introductory paragraph, body paragraphs, and a conclusion.

Below is a sample of the essay to give you insights on how to go about your next assignment.

“…In the modern generation, the benefits of social media are overwhelming. For example, it has improved global interconnectivity where people from different cultures, races, and geographical locations can communicate without having to travel. All it takes is for them to comment or engage in a video chat. Consequently, it has improved global peace where people have become conscious of the needs of other cultures, which has led to acceptable and consideration.
In addition, it has increased the speed of communication considering the traditional modes of communication. Where you would post a mail or send a fax that you would expect to be transmitted later, it now takes seconds! A single tweet or post can reach a multitude of people around the globe. Even global organizations such as Starbucks have taken advantage of this platform by posting updates on their social networking sites for clients around the globe.
These social networking platforms have improved social skills by allowing people to communicate with friends and family through the instant social media messaging apps such as WhatsApp and Messenger.
Contrariwise, social media platforms have various disadvantages. It is a main source of distraction in various realms of the society including school, home, workplace, and even in religious places. Some argue that it wastes so much time that would have been devoted to other productive aspects of life.
Also, it opens doors for cyber-bullying that is responsible for suicides among teenagers who are stalked through various social media platforms…”

The social media has negative impact on the mental, psychological, and even social life of individuals.

When writing the essay, follow the structure of an introduction paragraph, body paragraphs, and a conclusion.

The sample essay below shows how to go about an essay on the shortcomings of social media. Study the sample and get insights on the way to handle similar future assignments.

“…A social media platform such as Instagram has a detrimental influence on the perception of body image. Most of the people who post pictures there are celebrities who have glamorized slim bodies and wear expensive designer clothes. Those who associate with such celebrities feel a great sense of self-esteem. On the other hand, those who have body images that they cannot associate with may feel disillusioned with lowered self-esteem.
Also, studies indicate that social media is more addictive than alcohol and cigarettes. It is a normal phenomenon for people to be glued to Snapchat, Instagram, and Facebook pages all day and even stretching late into the night. This addiction is responsible for cases of depression and anxiety.
On top of the addiction effects, spending a huge proportion of your time on social networking sites harms the sleeping patterns of individuals. Consequently, their quality of sleep deteriorates, which affects their daily productivity…”

Like other essays, this essay takes the introduction, body, and conclusion structure.

Below is a sample social media addiction essay that shows the aspects that you need to discuss when tasked to handle such an assignment.

“…When people spend a significant part of their time on social media platforms sites such as Twitter and WhatsApp, it leads to a phenomenon termed as social media addiction. This kind of addiction affects the daily life of the concerned individuals. While its effect is not formally recognized in the medical world as an illness, it has become a common topic of research and discussion.
Various symptoms can point to social media addiction. For instance, one may wake up and log in into the social media platforms. Some may insist on communicating with other people only via social networking sites. Another common occurrence is constantly monitoring the ‘likes’ and ‘shares’ received on the sites.
The main cause of social media addiction is an overreliance on the Internet, smartphones, and computers for communication. It, therefore, implies that such people are forced into addiction since they find it difficult to operate through traditional face-to-face communications.
Those addicted can suffer fatigue and stress caused by hours spent on social media platforms. They may also be distracted leading to reduced productivity. Cyber-bullying and peer pressure can also result leading to dire consequences such as depression, mental illnesses, and suicidal tendencies
The way to treat the addiction is to avoid notifications and limit the amount of time you spent on social media. It may also serve an individual right to leave the phone elsewhere when going to bed. Deleting some apps and making oneself busy can also be a distraction from the sites …”

There are topics that can be argued on related to social media. A typical essay of this sort should also follow the conventional structure of introduction, body, and conclusion. You should state your stand in the thesis statement then support your argument with details in the body paragraph. Finally, have a strong conclusion that summaries on the main points and reaffirm the hypothesis.

The sample social media argumentative essay below highlights what is in store in the future of social media with the increased usage and more people subscribing on a daily basis.

“…The cases of cyber-bullying and the operations of pseudo social media accounts by criminals who even perpetrate heinous acts such as terrorism are few indicators of the looming danger with the continued use of social networking. Thus, there is a likelihood of more regulations being applied on social media usage by different governments and private corporate entities to counter the likely effects of cyber-bullying and hate mongering. Governments are likely to enforce laws that will control the use of social media. Facebook and Twitter, on the other hand, will tighten the verification process when individuals open accounts.
The use of social media platforms for e-commerce is a contemporary trend that is continuously growing. In China, for instance, customers can shop through social media platforms that are linked to e-commerce platforms of major online shopping firms such as Alibaba. Consequently, social media is likely to take over brick-and-mortar stores to the extent that people will only be shopping online at the convenience of their homes…”

In many cases, professors may ask you to prepare an essay about the influence of social media. This topic is broad since it would incorporate the positive and negative effects. However, the initial phase is to have a structure coupled with an outline. A good structure has an introductory paragraph, body paragraphs, and a conclusion.

We hope that this article has been of assistance to you on giving you guidelines on the steps to take when writing essays related to social media. We also wish that the insights would open your spectrum and allow you to handle subsequent essays in a manner that will earn you good grades. Alternatively, you can order an essay with us and our professionals will hand you an A+ paper in no time.